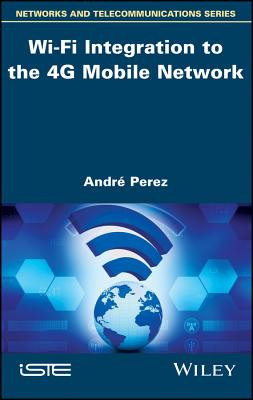 The adoption of smartphones has had as a corollary the use of services that require streaming, such as video streaming, which is a constraint for the 4G mobile network. The integration of the network of Wi-Fi hotspots deployed by the operators adds capacity to the 4G mobile network.
The use of Wi-Fi technology in carrier networks is the result of developments coordinated by the IEEE, WFA and WBA standardization bodies. For its part, the 3GPP standardization body has been working to integrate Wi-Fi technology into the 4G mobile network.
The first part of this book presents the characteristics of the Wi-Fi radio interface. The different IEEE 802.11b / g / n / ac physical layers characterize the implementation in the 2.4 GHz ISM frequency bands and U- NII at 5 GHz. The MAC layer defines a number of media access procedures such as scanning, associating, or transferring data.
The second part of this book deals with the architecture of the 4G network based on the Wi-Fi interface. This architecture defines several models corresponding, on the one hand, to Wi-Fi access controlled or not, On the other hand, to a handover controlled by the network or by the mobile. The integration of Wi-Fi technology resulted in a redefinition of attachment and session set-up procedures.
Smartphones have the ability to activate simultaneously the two radio interfaces, LTE and Wi-Fi, which allows to direct certain services to one and / or the other of the interfaces. The ANDSF and HotSpot 2.0 functions provide the mobile with rules for network selection and traffic control to determine which traffic is to be routed to what type of interface.