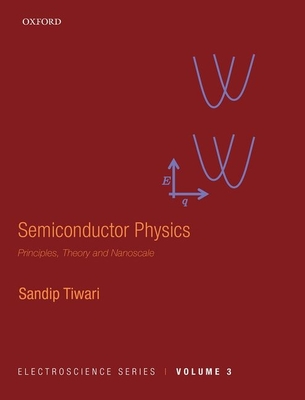 The subject of semiconductor physics today includes not only many of the aspects that constitute solid state physics, but also much more. It includes what happens at the nanoscale and at surfaces and interfaces, behavior with few interaction events and few carriers --- electrons and their
quasi-particle holes --- in the valence bands, the exchange of energies in various forms, the coupling of energetic events over short and long length scales, quantum reversibility tied to macroscale linearity and eventually to nonlinearities, the thermodynamic and statistical consequences of
fluctuation-dissipation, and others. This text brings together traditional solid-state approaches from the 20th century with developments of the early part of the 21st century, to reach an understanding of semiconductor physics in its multifaceted forms. It reveals how an understanding of what
happens within the material can lead to insights into what happens in its use. The collection of four textbooks in the Electroscience series culminates in a comprehensive understanding of nanoscale devices -- electronic, magnetic, mechanical and optical -- in the 4th volume. The series builds up to this last subject with volumes devoted to underlying semiconductor and
solid-state physics.

Sandip Tiwari is Charles N. Mellowes Professor in Engineering at Cornell University and Visiting Professor at Universite de Paris-Sud (Orsay). His contributions to engineering have included the invention of nanocrystal memories, as a group researcher in the first demonstration of SiGe bipolar transistor and a variety of others of fundamental importance-theoretical and experimental-in electronic and optical devices, circuits and architectures. He was founding editor-in-chief of IEEE's Transactions on Nanotechnology. Among the various recognitions of his contributions are the Cledo Brunetti award of IEEE (2007), the Young Scientist Award from Institute of Physics' GaAs & Related Compounds (2003), the Distinguished Alumni award of IIT Kanpur (2002), and the fellowships of IEEE (1994) and APS (1998).