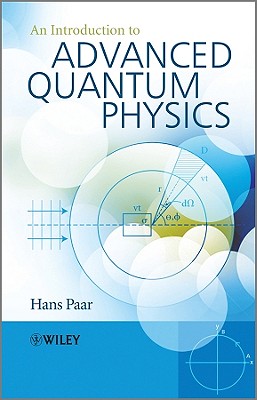 This book consists of two parts:

Part 1 comprises the material suitable for a second course in quantum physics and covers:

Each chapter concludes with problems to challenge the students' understanding of the material.

This text is intended for graduate and ambitious undergraduate students in physics, material sciences, and related disciplines.

Professor Hans Paar has been on the faculty of the University of California San Diego since 1986. He has taught Quantum Physics in all four quarters it is offered at the undergraduate level and has developed and taught the third and fourth quarter of this course (which corresponds to the content of the book) almost each of those 22 years. He has been vice-chair education in UCSD's Physics Department from 1992-1999 and again from 2008-present.
Professor Paar is an experimental particle-astrophysicist and has spent nearly 20 years in experimental high energy physics (particle physics by another name) and nearly three years in Cosmology (the Big-Bang and the particle physics of that era). I am an author on 938 publications.