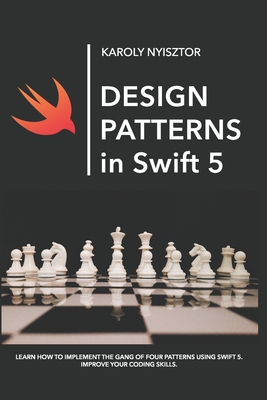 Software developers need to solve various problems. Many times, these problems are the same or similar to the ones they've already encountered in other projects.

Wouldn't it be great to apply the solution you've found instead of reinventing the wheel over and over again?

That's precisely the reason why software design patterns exist. A design pattern is a standardized way to address a recurring problem. Relying on a proven strategy will not only save you time, but you can rest assured that it's indeed the right choice.

Design patterns are the result of a long evolution process. It all started with a book published in 1994 - yes, it's that old - called "Design Patterns - Elements of Reusable Object-Oriented Software." That's a quite tedious title, so we usually refer to it as "the book by the gang of four." The gang consists of four renowned software engineers: Erich Gamma, Ralph Johnson, Richard Helm, and John Vlissides. They identified the most significant common issues that occurred in multiple projects and developed best practices to solve them.

The best part: these solutions are (programming) language-agnostic. You can use the design patterns with any object-oriented programming language.

Many modern programming languages and frameworks have integrated the GoF patterns. You don't have to write additional code to support say the Iterator or the Observer.

Swift is no exception: it provides many advanced language features and constructs such as type extensions, lazy initialization, and predefined protocols that let us adopt and integrate the design patterns into our projects easily.

This book covers all these topics and teaches best practices you can apply in your upcoming projects.

We'll talk about the benefits of understanding and applying the design patterns, the value they provide, and also about their limitations.

Then, we delve into the creational design patterns:

We're going to take a closer look at the structural design patterns. We discuss:

In the final part of this book, we discuss the behavioral design patterns:

For each design pattern, we discuss the following:

Throughout the book, I provide coding examples that can be applied in real-world situations.

K roly Nyisztor is a veteran software engineer and instructor.

He has worked with large companies such as Apple, Siemens, and SAP. K roly has designed and built several enterprise frameworks, and he holds twelve patents related to inventions in the field of mobile computing.

After 18 years, he left the corporate world to start his own business.

Since 2016, he's fully committed to teaching. As an instructor, he aims to share his 20+ years of software development expertise. K roly teaches:

You can find K roly Nyisztor's courses and books on all major platforms including Amazon, Lynda, LinkedIn Learning, Pluralsight, Udemy, and iTunes.