Nuclear and Particle Physics: An Introduction 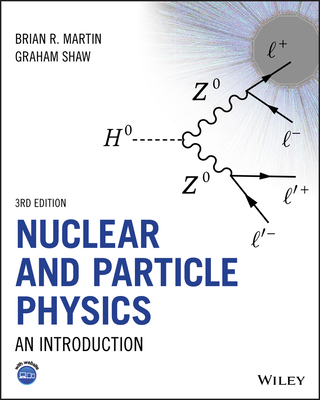 This new edition of Nuclear and Particle Physics continues the standards established by its predecessors, offering a comprehensive and highly readable overview of both the theoretical and experimental areas of these fields. The updated and expanded text covers a very wide range of topics in particle and nuclear physics, with an emphasis on the phenomenological approach to understanding experimental data. It is one of the few publications currently available that gives equal treatment to both fields, while remaining accessible to undergraduates.

Early chapters cover basic concepts of nuclear and particle physics, before describing their respective phenomenologies and experimental methods. Later chapters interpret data through models and theories, such as the standard model of particle physics, and the liquid drop and shell models of nuclear physics, and also discuss many applications of both fields. The concluding two chapters deal with practical applications and outstanding issues, including extensions to the standard model, implications for particle astrophysics, improvements in medical imaging, and prospects for power production. There are a number of useful appendices. Other notable features include:

As with previous editions, the balanced coverage and additional resources provided, makes Nuclear and Particle Physics an excellent foundation for advanced undergraduate courses, or a valuable general reference text for early graduate studies.

BRIAN R. MARTIN and GRAHAM SHAW have researched and taught for many years in the Physics and Astronomy departments at University College London and the University of Manchester, respectively. Prior to that they have held positions at various institutes, including Brookhaven National Laboratory and Niels Bohr Institute (Martin), Columbia University and Rutherford Laboratory (Shaw). They have previously collaborated on other successful textbooks, including Particle Physics (4th edn. 2017) and Mathematics for Physicists (2015), both published by Wiley. Brian has also published books on statistics and a Beginner's Guide to Particle Physics, while Graham is the co-author with Franz Mandl of the well-known postgraduate text, Quantum Field Theory (2nd. edn. 2010), also published by Wiley.