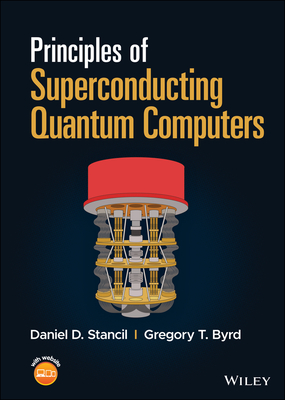 Explore the intersection of computer science, physics, and electrical and computer engineering with this discussion of the engineering of quantum computers

In Principles of Superconducting Quantum Computers, a pair of distinguished researchers delivers a comprehensive and insightful discussion of the building of quantum computing hardware and systems. Bridging the gaps between computer science, physics, and electrical and computer engineering, the book focuses on the engineering topics of devices, circuits, control, and error correction.

Using data from actual quantum computers, the authors illustrate critical concepts from quantum computing. Questions and problems at the end of each chapter assist students with learning and retention, while the text offers descriptions of fundamentals concepts ranging from the physics of gates to quantum error correction techniques.

The authors provide efficient implementations of classical computations, and the book comes complete with a solutions manual and demonstrations of many of the concepts discussed within. It also includes:

Ideal for senior-level undergraduate and graduate students in electrical and computer engineering programs, Principles of Superconducting Quantum Computers also deserves a place in the libraries of practicing engineers seeking a better understanding of quantum computer systems.

Daniel D. Stancil, PhD, is the Alcoa Distinguished Professor and Head of Electrical and Computer Engineering at North Carolina State University. In addition to quantum computing, his research interests include spin waves, and microwave and optical devices and systems.

Gregory T. Byrd, PhD, is Professor and Associate Head of Electrical and Computer Engineering at North Carolina State University. His research focuses on both classical and quantum computer architecture and systems.