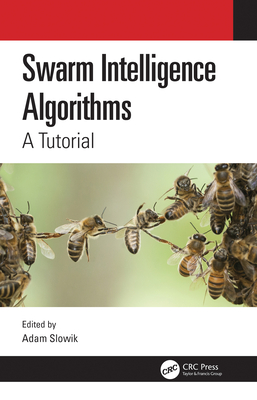 Swarm intelligence algorithms are a form of nature-based optimization algorithms. Their main inspiration is the cooperative behavior of animals within specific communities. This can be described as simple behaviors of individuals along with the mechanisms for sharing knowledge between them, resulting in the complex behavior of the entire community. Examples of such behavior can be found in ant colonies, bee swarms, schools of fish or bird flocks.

Swarm intelligence algorithms are used to solve difficult optimization problems for which there are no exact solving methods or the use of such methods is impossible, e.g. due to unacceptable computational time.

This book thoroughly presents the basics of 24 algorithms selected from the entire family of swarm intelligence algorithms. Each chapter deals with a different algorithm describing it in detail and showing how it works in the form of a pseudo-code. In addition, the source code is provided for each algorithm in Matlab and in the C ++ programming language. In order to better understand how each swarm intelligence algorithm works, a simple numerical example is included in each chapter, which guides the reader step by step through the individual stages of the algorithm, showing all necessary calculations.

This book can provide the basics for understanding how swarm intelligence algorithms work, and aid readers in programming these algorithms on their own to solve various computational problems.

This book should also be useful for undergraduate and postgraduate students studying nature-based optimization algorithms, and can be a helpful tool for learning the basics of these algorithms efficiently and quickly. In addition, it can be a useful source of knowledge for scientists working in the field of artificial intelligence, as well as for engineers interested in using this type of algorithms in their work.

If the reader already has basic knowledge of swarm intelligence algorithms, we recommend the book: Swarm Intelligence Algorithms: Modifications and Applications (Edited by A. Slowik, CRC Press, 2020), which describes selected modifications of these algorithms and presents their practical applications.

Adam Slowik (IEEE Member 2007; IEEE Senior Member 2012) is an Associate Professor in the Department of Electronics and Computer Science, Koszalin University of Technology. His research interests include soft computing, computational intelligence, and, particularly, bio-inspired optimization algorithms and their engineering applications. He was a recipient of one Best Paper Award (IEEE Conference on Human System Interaction - HSI 2008).