Beginning Sensor Networks with Xbee, Raspberry Pi, and Arduino: Sensing the World with Python and Micropython 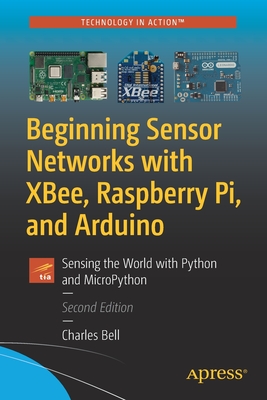 Charles Bell conducts research in emerging technologies. He is a member of the Oracle MySQL Development team and is the team lead for the MySQL Utilities team. He lives in a small town in rural Virginia with his loving wife. He received his Doctor of Philosophy in Engineering from Virginia Commonwealth University in 2005. Dr. Bell is an expert in the database field and has extensive knowledge and experience in software development and systems engineering. His research interests include 3D printers, microcontrollers, three-dimensional printing, database systems, software engineering, and sensor networks. He spends his limited free time as a practicing Maker focusing on microcontroller projects and refinement of three-dimensional printers. Dr. Bell maintains a blog on his research projects and many other interests.