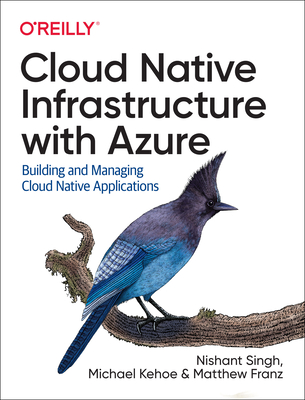 The cloud is becoming the de facto home for companies ranging from enterprises to startups. Moving to the cloud means moving your applications from monolith to microservices. But once you do, maintaining and running these services brings its own level of complexity. The answer? Modularity, deployability, observability, and self-healing capacity through cloud native development.

With this practical book, Nishant Singh and Michael Kehoe show you how to build a true cloud native infrastructure on Microsoft Azure, following guidelines from the Cloud Native Computing Foundation (CNCF). DevOps and site reliability engineers will learn how adapting applications to cloud native early in the design phase helps you fully utilize the elasticity and distributed nature of the cloud.

Nishant Singh is a Site Reliability Engineer at LinkedIn, where he works toward improving the reliability of the site with a focus on reducing MTTD & MTTR of incidents. Prior to joining LinkedIn, he worked at companies like PayTM and Gemalto as a DevOps Engineer, spending his time building custom solutions for clients and managing, maintaining services over public cloud.

Michael is a Senior Staff Site Reliability Engineer at LinkedIn. While previously working on Incident Response, Disaster Recovery, Visibility Engineering & Reliability Principles, he is now leading an effort to migrate to the cloud. He is currently a lead for LinkedIn's migration to Microsoft Azure. Michael specializes in maintaining large system infrastructure as demonstrated by his work at LinkedIn (applications, automation & infrastructure) and at The University of Queensland (networks). He has also spent time building small satellites at NASA and writing thermal environments software at Rio Tinto.