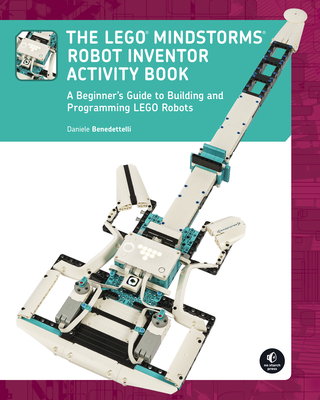 You'll build a series of funny and increasingly sophisticated models, like:
- a remotely-controlled biped walking robot that can transform into a car
- a playable 3/4-sized guitar
- a fully functional pinball game bigger than the kit box itself
- a cute and shy turtle pet with unpredictable behavior
- and more!

The book is packed with illustrations to help you better visualize each model and includes a quick reference guide to the programming blocks used and the complete bill of materials of the kit, really helpful when developing your own creations. As you build these robots, you'll learn how to use the LEGO MINDSTORMS App (based on the Scratch 3.0 programming language) and be given the tools necessary to invent your own LEGO MINDSTORMS robots when you're ready for more.