The Art of Cyberwarfare: An Investigator's Guide to Espionage, Ransomware, and Organized Cybercrime (Paperback) 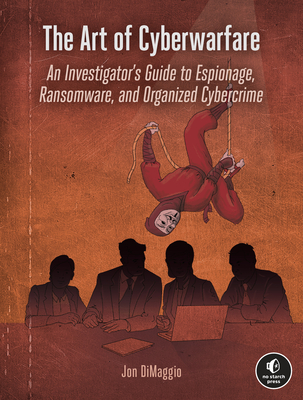 A practical guide to understanding and analyzing cyber attacks by advanced attackers, such as nation states.

Cyber attacks are no longer the domain of petty criminals. Today, companies find themselves targeted by sophisticated nation state attackers armed with the resources to craft scarily effective campaigns. This book is a detailed guide to understanding the major players in these cyber wars, the techniques they use, and the process of analyzing their advanced attacks. Whether you're an individual researcher or part of a team within a Security Operations Center (SoC), you'll learn to approach, track, and attribute attacks to these advanced actors.

The first part of the book is an overview of actual cyber attacks conducted by nation-state actors and other advanced organizations. It explores the geopolitical context in which the attacks took place, the patterns found in the attackers' techniques, and the supporting evidence analysts used to attribute such attacks. Dive into the mechanisms of:

- North Korea's series of cyber attacks against financial institutions, which resulted in billions of dollars stolen

- The world of targeted ransomware attacks, which have leveraged nation state tactics to cripple entire corporate enterprises with ransomware

The book's second part walks through how defenders can track and attribute future attacks. You'll be provided with the tools, methods, and analytical guidance required to dissect and research each stage of an attack campaign. Here, Jon DiMaggio demonstrates some of the real techniques he has employed to uncover crucial information about the 2021 Colonial Pipeline attacks, among many other advanced threats. He now offers his experience to train the next generation of expert analysts.

Jon DiMaggio is the chief security strategist at Analyst1 and has over 15 years of experience hunting, researching, and writing about advanced cyber threats. As a specialist in enterprise ransomware attacks and nation-state intrusions, including the world's first ransomware cartel and the infamous Black Vine cyberespionage group, he has exposed the criminal organizations behind major ransomware attacks, aided law enforcement agencies in federal indictments of nation-state attacks, and discussed his work with The New York Times, Bloomberg, Fox, CNN, Reuters, and Wired. You can find Jon speaking about his research at conferences such as RSA and Blackhat.