Practical System programming for Rust developers: Build fast and secure software for Linux/Unix systems with the help of practical examples 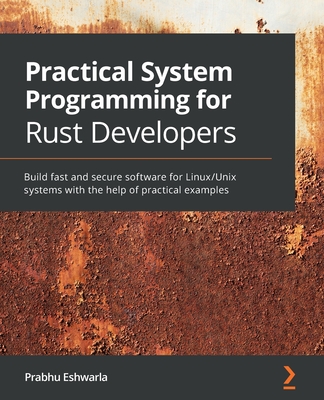 Modern programming languages such as Python, JavaScript, and Java have become increasingly accepted for application-level programming, but for systems programming, C and C++ are predominantly used due to the need for low-level control of system resources. Rust promises the best of both worlds: the type safety of Java, and the speed and expressiveness of C++, while also including memory safety without a garbage collector. This book is a comprehensive introduction if you're new to Rust and systems programming and are looking to build reliable and efficient systems software without C or C++.

The book takes a unique approach by starting each topic with Linux kernel concepts and APIs relevant to that topic. You'll also explore how system resources can be controlled from Rust. As you progress, you'll delve into advanced topics. You'll cover network programming, focusing on aspects such as working with low-level network primitives and protocols in Rust, before going on to learn how to use and compile Rust with WebAssembly. Later chapters will take you through practical code examples and projects to help you build on your knowledge.

By the end of this Rust programming book, you will be equipped with practical skills to write systems software tools, libraries, and utilities in Rust.

What you will learn:

Who is this book for:

This book is for developers with basic knowledge of Rust but little to no knowledge or experience of systems programming. System programmers who want to consider Rust as an alternative to C or C++ will also find this book useful.