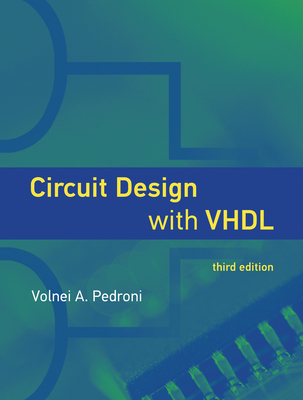 A completely updated and expanded comprehensive treatment of VHDL and its applications to the design and simulation of real, industry-standard circuits.

This comprehensive treatment of VHDL and its applications to the design and simulation of real, industry-standard circuits has been completely updated and expanded for the third edition. New features include all VHDL-2008 constructs, an extensive review of digital circuits, RTL analysis, and an unequaled collection of VHDL examples and exercises. The book focuses on the use of VHDL rather than solely on the language, with an emphasis on design examples and laboratory exercises.

The third edition begins with a detailed review of digital circuits (combinatorial, sequential, state machines, and FPGAs), thus providing a self-contained single reference for the teaching of digital circuit design with VHDL. In its coverage of VHDL-2008, it makes a clear distinction between VHDL for synthesis and VHDL for simulation. The text offers complete VHDL codes in examples as well as simulation results and comments. The significantly expanded examples and exercises include many not previously published, with multiple physical demonstrations meant to inspire and motivate students.

The book is suitable for undergraduate and graduate students in VHDL and digital circuit design, and can be used as a professional reference for VHDL practitioners. It can also serve as a text for digital VLSI in-house or academic courses.