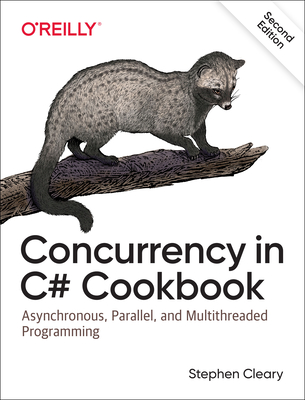 If you're one of the many developers uncertain about concurrent and multithreaded development, this practical cookbook will change your mind. With more than 75 code-rich recipes, author Stephen Cleary demonstrates parallel processing and asynchronous programming techniques, using libraries and language features in .NET and C#.

Concurrency is becoming more common in responsive and scalable application development, but it's been extremely difficult to code. The detailed solutions in this cookbook show you how modern tools raise the level of abstraction, making concurrency much easier than before. You'll get ready-to-use code and discussions about how and why the solution works.

Stephen Cleary is a developer who with extensive experience ranging from ARM firmware to Azure. He has contributed to open source from the very beginning, starting with the Boost C++ libraries, and has released several libraries and utilities of his own.