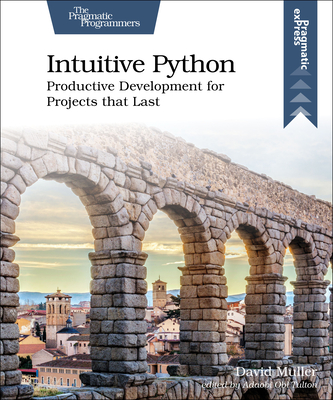 Developers power their projects with Python because it emphasizes readability, ease of use, and access to a meticulously maintained set of packages and tools. The language itself continues to improve with every release: writing in Python is full of possibility. But to maintain a successful Python project, you need to know more than just the language. You need tooling and instincts to help you make the most out of what's available to you. Use this book as your guide to help you hone your skills and sculpt a Python project that can stand the test of time.

No matter your experience level or background, Python's batteries-included standard library and rich third-party ecosystem provide a solid foundation to build your projects on. With the right intuition and background knowledge, you can take advantage of all the power Python offers. Take a guided tour of some of Python's high points to craft a project that you can sustain and build on for a long time.

Run static analysis tools to detect and eliminate classes of bugs before you run code. Experiment with Python's concurrency model and develop patterns for using Python's thread and process abstractions to their full potential. Introduce yourself to Python's type hinting system: mypy. Download and run third-party Python packages and do so safely without compromising on security. Debug code using Python's built in debugger, and try procedures out in the interactive console. Run your code under new versions of the Python interpreter to unlock performance and usability improvements. All along the way, sharpen your Python instincts so you can keep your code clean and reduce the chance of bugs.

Mine Python for all you can by playing to its strengths and embracing patterns that harness its potential.

The books assumes you have some experience programming in any language (not necessarily Python). To run the code presented in the book, you'll need a Python environment which you can download from https: //www.python.org/downloads/.

David Muller is a professional software engineer. He's not a stranger to other languages, but he gravitates to Python because of its low barrier to entry and focus on readability. David has been writing Python almost daily since he was introduced to the language in 2012 while studying bioinformatics at UC San Diego. He also authors Python tutorials for Digital Ocean's public knowledge base.