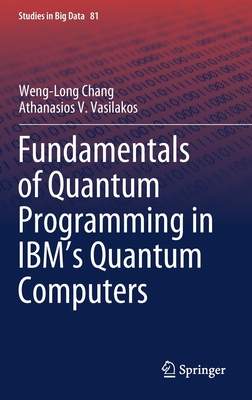 -Quantum Bits and Quantum Gates--learn what quantum bits are, how to declare and measure them, what quantum gates are and how they work on a simulator or a real device in the cloud.

Phase Estimation and its Applications--learn core concepts of phase estimation and quantum counting and how to write quantum programs to implement them to compute the number of solution(s) in the independent set problem in a graph with two vertices and one edge.

Weng-Long Chang is currently a Professor in the Department of Computer Science and Information Engineering, National Kaohsiung University of Science and Technology, Jiangong Road, Sanmin District, Kaohsiung City, Taiwan, Republic of China. His research interests include quantum computing, molecular computing, quantum-molecular computing and languages and compilers for parallel computing.He has published more than seventy articles in the international conferences and the international journeys.