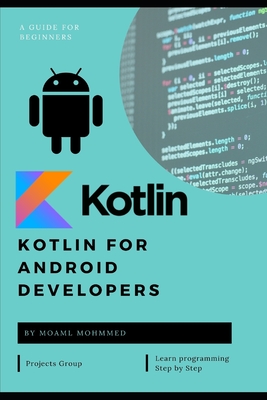 Google has officially announced Kotlin as a supported language to write Android Apps.These are amazing news for Android developers, which now have the ability to use a modern and powerful language to make their job easier and funnier.But this comes with other responsibilities. If you want to be a good candidate for new Android opportunities, Kotlin is becoming a new need most companies will ask for. So it's your time to start learning about it And "Kotlin for Android Developers" is the best tool. Recommended by both Google and Jetbrains, this book will guide through the process of learning all the new features that Java was missing, in an easy and fun way.You'll be creating an Android app from ground using Kotlin as the main language. The idea is to learn the language by example, instead of following a typical structure. I'll be stopping to explain the most interesting concepts and ideas about Kotlin, comparing it with Java 7. This way, you can see what the differences are and which parts of the language will help you speed up your work.This book is not meant to be a language reference, but a tool for Android developers to learn Kotlin and be able to continue with their own projects by themselves. I'll be solving many of the typical problems we have to face in our daily lives by making use of the language expressiveness and some other really interesting tools and libraries.The book is very practical, so it is recommended to follow the examples and the code in front of a computer and try everything it's suggested. You could, however, take a first read to get a broad idea and then dive into practice.