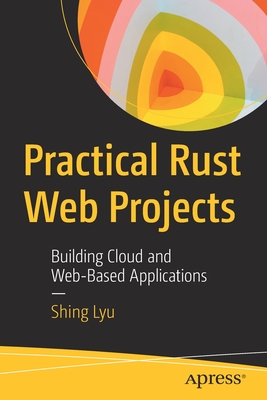 Go beyond the basics of Rust and build web and serverless cloud applications. The applications explained in this practical book include web sites, RESTful APIs, a real-time web chat application, and frontend application with WebAssembly. Each chapter is organized in the following format: what this kind of application looks like; requirements for the example program; an introduction to the Rust libraries used; step-by-step implementation of the example program, including common pitfalls and best practices; and a brief comparison of libraries and frameworks in the same domain.

This book will open your eyes to the world of practical web applications of Rust. After reading the book, you will be able to apply your Rust knowledge to build your own web projects.

What You Will LearnWho This Book Is For
A reader with basic Rust knowledge, wishing to learn more about how to apply Rust in a real-world scenario. A developer who is evaluating the possibility to build their next project in Rust.

Shing Lyu is a software engineer who is passionate about open source software. He's been working on Rust professionally at Mozilla, on the Firefox (Gecko) and Servo browser engine project. Currently, he is working at DAZN, a sports streaming platform as a backend developer, with a focus on AWS and serverless technology. Shing has worked for many world famous brands like Mozilla, Booking, and Intel. And, he is also active in the open source community. Being one of the founders of the Taiwan Rust community, he loves to share his enthusiasm for Rust with people.