Cloud Native: Containers, Functions, Data, and Kubernetes How to Build a Blueprint for Next-Generation Applications 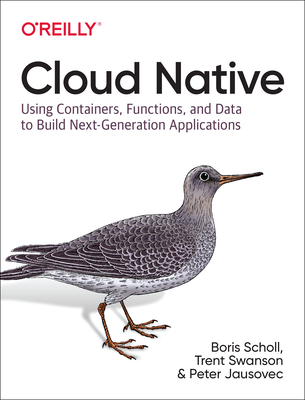 This comprehensive guide helps developers and architects understand current cloud-native technologies, with recommendations that explain when you need to use each one. Authors Boris Scholl, Trent Swanson, and Peter Jausovec describe the patterns you need for building cloud-native applications, and provide best practices for the most common tasks such as messaging, eventing, and DevOps.

This practical book also delivers an architectural blueprint for a modern cloud-native application. You'll learn about microservices, containers, serverless computing, storage types, data considerations, portability, and the use of functions.

Boris is a Product Architect with the Azure Compute team focusing on the next generation of distributed systems platforms and application models. He has been working on Azure Developer tools and platforms in various product engineering roles since 2011. Boris re-joined the Azure Compute team in 2018 after having spent the 18 months outside Microsoft leading an engineering team to work on a microservices platform based on Kubernetes and Service Meshes. His work on distributed systems platforms has resulted in several patents about cloud computing and distributed systems. Boris is a frequent speaker at industry events, a contributor to many blogs, instructor for distributed computing topics and the lead author of one of the first books about microservices and Docker on Azure (Microservices with Docker on Azure).

As a co-founder and consultant with Full Scale 180, he worked with some of Microsoft's largest customers, helping them migrate and build applications on the Microsoft Azure platform. He has been involved in building some of the largest applications running on Microsoft Azure today, many of which are now utilizing Docker, serverless technologies, and a microservices architecture. Trent often works with the Microsoft Patterns and Practices team developing guidance and best practices for cloud applications where he also co-authored a book on cloud design patterns. As a co-founder of Krillan and Threadsoft he has built applications based on a microservices architectural style using Docker, Node.js, Go, and Mesos. As a co-founder of B & S Enterprises, he dabbles with various IoT technologies for commercial building management.

Peter Jausovec is a software engineer with more than 10 years of experience in the field of software development and tech. During his career, he spent time in various roles, starting with QA then moving to software engineering and leading tech teams. His early career was mostly focused on developer and cloud tooling for Azure while working for Microsoft. In recent years, he has been focusing more on developing distributed systems, working with cloud-native solutions and microservices platform developed on Kubernetes and service mesh.